In case you haven’t heard, Facebook has had some… shall we say, difficult PR moments. Click here for the full details.

2016 was the first year Facebook became the bad guy. As theguardian.com says, “Then 2016 happened. As the year unfurled, Facebook had to deal with a string of controversies and blunders, not limited to: being accused of imperialism in India, censorship of historical photos, and live streaming footage of human rights violations. Not to mention misreported advertising metrics and the increasingly desperate cloning of rival Snapchat’s core features. Things came to a head in November, when the social network was accused of influencing the US presidential election through politically polarized filter bubbles and a failure to tackle the spread of misinformation.” However, none of that really affected their bottom line, Facebook’s revenues were stronger than ever.

It didn’t get better.

2017 didn’t get much better with Facebook acknowledging that they unwittingly sold political ads to a Russian company that happened to be pro-Kremlin. 2017 seemed to be worse than 2016 for Facebook, in the court of public opinion. Lawmakers were declaring the need for more regulation and surveys conducted found that Facebook was the least trusted major tech company.

Then, 2018 said, “Facebook, you ain’t seen nothing yet.” Facebook was hit with it’s most catastrophic PR Crisis yet. The Cambridge Analitica scandal, which I’m sure most of you have been following, you can see a full timeline here. That scandal brought a ton of fallout for the company in the eyes of both of its users and lawmakers. So much so, that the hashtag #deletefacebook started trending on twitter albeit, for only one day. Celebrities such as Elon Musk, Brian Acton (co-founder of WhatsApp) and Jim Carrey came out publicly against the tech giant.

No matter how many celebrities and other folks tweeted and retweeted #deletefacebook it failed miserably. Surveys showed our trust and opinion of the company was damaged, but their DAU (daily active users) did not go down. In reality, this crisis was one of their own making, as bloomberg.com says, “If Facebook had following basic, well-established principles of crisis communications, it wouldn’t now be dealing with a full-fledged catastrophe that is mostly of its own making.”

There is no debate, Facebook had a hefty task of repairing their public image. They didn’t hold back, they knew what they had to do and they went for it, hard. Leaning into their flaws, while offering their apologies and promises to do better, as displayed in this year’s new ad. In case you haven’t seen it, they launched a massive ad campaign acting as a public apology and vowing to return to their roots, to what made Facebook great in the first place. They do all of this in hopes to move back into our good graces. You can see these ads on any media platform, from before a movie, to before a youtube video, and even on a TV commercial break. The jury is still deliberating on whether or not these ads made an impact.

Another major effort put forth by the company is Facebook Community Boost. A free in-person training to aimed at helping entrepreneurs expand their Facebook and Instagram knowledge. Traveling to cities across the country, Facebook describes it as, “visiting 50 cities nationwide by the end of 2018 to deliver digital training to those who will benefit the most.”

For someone who has been in Marketing, specifically Social Media Marketing for years the information was nothing groundbreaking or shockingly new. It was, however, very inspiring. Throughout the day I found myself saying, “I need to quit holding back!” Essentially, Facebook gave us permission to be as creative as possible and backed it up with solid data on how doing so can and will help grow your success.

What we know is that better creative drives better results that increase revenue and is better for people and business, so why hold back your creative team? Why hold back on the fun idea you had to put out there? This space was created and designed for fun, a fundamental truth that is often forgotten by businesses. People don’t open their social media apps for boring info and mundane content, you have to have content that is thumb stopping.

There’s no doubt that coming up with content that is good enough to stop our speedily swiping thumbs is a time-consuming notion.  If you don’t have that kind of time to spare, give SevenVerbs a call! 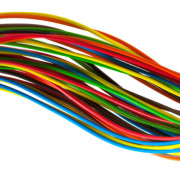 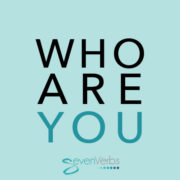 Want to join the discussion?
Feel free to contribute!

Thank you for subscribing!
The Importance of SEO

You can find out more about which cookies we are using or switch them off in settings.

This website uses cookies so that we can provide you with the best user experience possible. Cookie information is stored in your browser and performs functions such as recognising you when you return to our website and helping our team to understand which sections of the website you find most interesting and useful.

Strictly Necessary Cookie should be enabled at all times so that we can save your preferences for cookie settings.

If you disable this cookie, we will not be able to save your preferences. This means that every time you visit this website you will need to enable or disable cookies again.